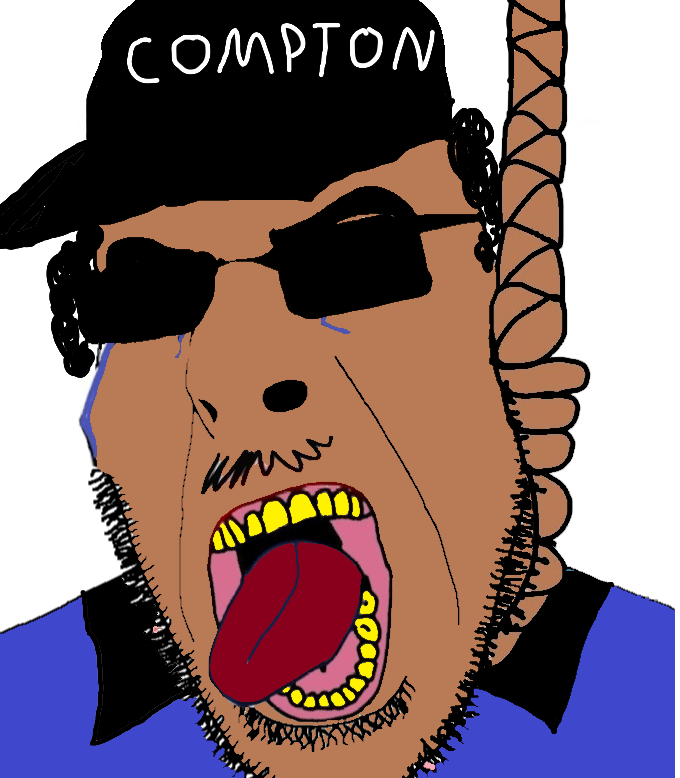 Prev | Index | Next
Comments
April 13, 2022; 19:54 - Reply
Chud1: ٭sharts on your post٭
June 27, 2022; 03:37 - Reply
Chud2: Right about now SWA court is in full effect
Judge Feraljak presiding in the case of SWA versus the Jannytrannies.
Prosecuting attourneys are El Perro, Nojak and Cob motherfuckin' Son
Order, order, order, Nojak take the motherfuckin' stand
Do you swear to tell the truth the whole truth
And nothin' but the truth so help your soy ass?
You goddamn right
Well, won't you tell everybody what the fuck you gotta say?
Fuck the jannies comin' straight from the discord
A 4cuck got it bad 'cause I'm a soyteen
And not from another board so the jannies think
They have the authority to kill a minority
Fuck that shit, 'cause I ain't the one
For a troon motherfucker with a discord and an axewound
To be reported' on, and rangebanned
We can evade-ban in the middle of ban
Fuckin with me 'cause I'm a soyteen
With a little bit of gems in a folder
Locking our kway forcing us out
Thinkin' every soyteen is a transophobe
You'd rather see me in the 'arty
Than me and El Perro soyquotin' the website
Beat a jannie outta shape
And when I'm finished, bring the yellow rope
To ack- him after the beatup
Still doing it fo' free aren't they
I don't know if they troons or what
Feeling attacked when a soyteen posts a troonjak
And on the other hand, without their janny powers, they can't get none
But don't let it be a soyteen and a 4cuck one
'Cause they'll slam yo thread down to the 'rchive
Chud janny showin' out for the tranny janny
Nojak will swarm
On any motherfucker doin' it for free
Just 'cause I'm from the SHARTY, tranny jannies are afraid of me
A young soyteen on a warpath
And when I'm finished, it's gonna be a soyduel
Of jannies, soyquoted in all threads.
Yo Feraljak, I got somethin' to say
Fuck the Jannies, fuck-, fuck-
Fuck the Jannies, fuck-, fuck-
Fuck the Jannies, fuck the-, fuck the-
Fuck the Jannies

Janny: Stop posting your fucking soyjaks right now
Soyteen: Aw shit, why posting some images is spam now?
Janny:'Cause I feel like it
Janny: only anime is admitted and shut the fuck up
Soyteen: Man, fuck this shit
Janny: Alright, smart-ass, I'm rangebanning your soy ass off

El Perro, will you please give your testimony
To the jury about this fucked up incident
Fuck the Jannies and Perro said it with authority
Because the soys on the board are a majority
A gem, is with whoever I'm steppin'
And the motherfuckin' coal is kept in
A spam post, for the so-called janny
Wishin' Perro was a soyteen that they never saw
Jannies start noticing my soyposting
But they're scared of a soyteen so they instantly ban me
But that shit don't work, I just laugh
Because there is a thing called vpn, not gonna wait
For Jannies, I'm sayin', "Fuck you, punk"
Readin' me the rules and shit, it's all junk
Pullin' out your faggot warns, so you stand
With a gay-ass discord and an axewound
But take off the dick so you think you're a woman
And we'll go at it, troon, I'ma fuck you up
Make ya think I'm a soyquote your ass
But drop your ban, and Perro's gonna blast
I'm sneaky as fuck when it comes to stealthjakkin'
But I'm a soyquote 'em now, and not next time
Soyquote any chuddy that sweats me
Or any troon that threatens me
I'm a bring you to suicide with style
Takin' out a janny or two, they can't cope with me
The motherfuckin' villian that's mad
With potential to get bad as fuck
So I'm a turn it around
Put a noose on their head, yo, and this is the sound -ACK -ACK
Yeah, somethin' like that, but it all depends on the size of the rope
Takin' out a janny would make my day
But a soyteen like Perro don't give a fuck to say
Fuck the Jannies, fuck-, fuck-
Fuck the Jannies, fuck-, fuck-
Fuck the Jannies, fuck the-, fuck the-
Fuck the Jannies

Cobson, won't you step up to the stand
And tell the jury how you feel about this bullshit?
I'm tired of the motherfuckin' jannies
Sweatin' my soybros while I'm chillin' on the board, and
Banning me, and for what?
Maybe it's because we are too keyed
We make them seethe, or maybe 'cause we blast
On a stupid ass troon when we're trollin' 'em
Posting troonjak or an ACK
'Cause the jannies always got somethin' stupid to say
They know my IP by heart
'Cause my identity by itself causes violence
The Cob with the criminal behavior
Yeah, I'm a /qa/chad, but still, I got flavor
Without a discord and an axewound, what do ya got?
An incel in a website waitin' to get paid
0 euros, or 0 dollars
And with its janny powers, it don't matter if he's smarter or bigger
And as you all know, Cob's here to rule
Whenever I'm rollin', keep lookin in the mirror
And ears on cue, yo, so I can hear a
Dumb tranny with an axewound
And if I'm rollin' off the eight, he'll be the one
That I take out, and then get away
While I'm drivin off laughin'
This is what I'll say
Fuck the Jannies, fuck-, fuck-
Fuck the Jannies, fuck-, fuck-
Fuck the Jannies, fuck the-, fuck the-
Fuck the Jannies
(The verdict)