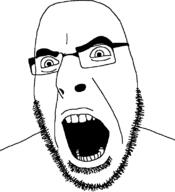 
Cobson, also known as God tier wojack is a soyjak based on a character from the 1992 Sci-Fi movie "The Lawnmower Man".


Cobson was first posted on /qa/ on June 6th, 2021, under the filename "lawnmower soy.png". He released to overwhelmingly negative reviews from critics, although this was mostly down to one schizo spamming "shit tier wojack" in every Cobson thread. As the months went on, however, Cobson obtained a cult following among some soyteens, who hailed him as a "god tier wojack". As a result, the debate of whether he is coal or gem ended with cobson being an undeniable gem.


Cobson's career as a musician was jumpstarted when he recieved a number of edits depiecting him as a rapper. From there, he starred in an unusual number of song parodies on the Soyjak Party Video Archive. His early work was a little too new wave for my taste, but when Gem Cobbity released in '21? I think he really came into his own, both commercially and artistically. He's been compared to Svenska Beat, but I think Cobson has a far more bitter, cynical sense of humor.


In 2021 and 2022, Cobson's disassociate personality David Thoughie released two parody songs, Gem Cobbity and Cobman, both to widespread critical acclaim. Multiple chuds have admitted to listening to these songs "unironically", including one YouTube reviewer who described it as an "actual gem", and another who hailed it as "Perhaps the greatest gem ever mined and cut thus far".

In Janurary 2022, Cobman was nominated for a Nobel Prize in Literature.


Cobbo, also known as Cob Gang, is a popular parody song whose lyrical content offers a scathing critique on the human soyndition (soy condition), delievered in the high art of mumble rap. It is extremely popular; it was the most viewed video on the Soyjak Party Video Archive although the video was deleted later. Cobbo, and by extension Cobson himself, is one of only a couple things to ever recieve the rare honour of starring on the Soyjak Party homepage, the highest award Soot can bestow.


The use of Cobbo's lyrics as material for post n°10000000 on /s4s/ was considered by many onlookers to have immortalised Cobson into a gem; GEMson: Coalson redeemed. This was also a massive Brazilian victory and it made Swaglord go one of the biggest janny seethe sessions ever documented.


In an attempt to capitalise on the surprise success of Cobbo, Cobson produced an unofficial sequal Gemmy, as well as a nutwave re-release of the original. Despite good reviews and mild popularity, these spin-offs failed to capture the runaway success of the original.


Cobson became a sissy slut for BBC after long expose to online pornography, many of the recent Cobson images feature a queen of spades tattoo on his face.

NuCob is a popular subvariant of Cobson that's mostly used in wholesome edits due to the angry nature of Cobson. NuCob was first posted on /qa/ on October 12th 2021 following the massive success of Cobson. Alongside the usual wholesome edits, some edits depict NuCob as Cobson's son.


Cobinisation (British English; or cobinization in American English) is a phenomenon observed in the soy community whereby previous edits featuring non-Cobson variants eventually resurface as Cobsons.
This trend used to be pretty popular although it died recently after the increased popularity of Cobson, in addition to him becoming an addicted sissy slut for BBC.


Cobson was slightly referenced in the 2022 movie The Batman. 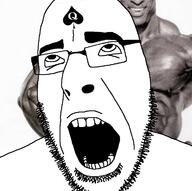 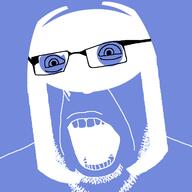 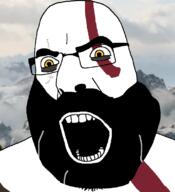 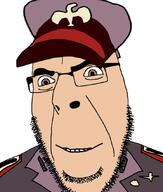 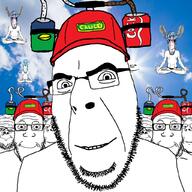